For almost two decades, countless venture capital firms have invested close to $1 trillion into the internet. The first era of the internet (Web 1.0 or “Read Only”) was simple websites like Craigslist, Pets.com, and Google. These websites were static pages and were meant to be used by companies rather than individuals. Users could only view content but not create it.

The next phase of the internet is referred to as Web2 or the “Read & Write” era. In this period, websites had evolved from the static pages of Web1. Web2 revamped what a website could be used for and how you could engage with it. Users were able to create accounts, comment, like and add their own content; whether it be text, video, etc — think Instagram and Youtube. These new features paved the way for social networking and eventually the boom of the content creator and the digital age but came at a cost. All ownership of IP and financial upside of the content creators were controlled by those platforms in a centralized manner.

Alongside the boom of Web2, the way we engage with software also transformed. In the early 2000s, software applications and tools started being delivered and monetized as services, leading to the rise of Software as a Service (SaaS) businesses and products. Now instead of installing and maintaining software, you could simply access it via the Internet, freeing yourself from complex software and hardware management. This innovative category gained significant interest from venture capital investors and top talent.

Web2 and software ruled the last decade and led to a handful of companies with outsized influence, decision-making power, and ownership over the tools and products we all use today. The creators (i.e. influencers, artists, and builders) who are users of these platforms have increasingly grown frustrated over the fact that a majority of the work they published is owned by gatekeepers and controlled by black box algorithms. These platforms typically monetized the creators’ work and share a minimal amount of the profits — if they shared any profits at all. This forced creators to come to a breaking point where they wanted to put the power in their own hands. The creator community started looking for new reward structures and technology that could help them retain ownership of their IP while creating utility for their audience.

During Web2 there were quite a few innovations like Bitcoin, Ethereum and projects like CryptoKitties that led to a new phase of the internet called Web3. Web3 is a decentralized internet ecosystem backed by the blockchain aka the “Read, Write, Own” Era. Platforms and apps built in Web3 won’t be owned by a central gatekeeper, but rather by users, who will earn their ownership stake by helping to develop and maintain those services.

Why does this matter? Web3 creates new opportunities for ownership, collaboration, wealth generation, and proof of scarcity:

Our Vision for Web3

There is a famous quote that comes to mind when thinking about Web3, “History repeats itself.” The products, business model, and technology innovations in Web1 & Web2 created outsized value for the tech ecosystem. We believe Web3 will also generate outsized value and could be orders of magnitude larger than we have seen previously.

Over the last decade, companies focused on building foundational technology like blockchains, smart contract software, and protocols have been successful in attracting the first movers and early adopters. Now there are new applications being built on top of this foundational layer that look similar to platforms we have today, but with a Web3 Ethos of the community having ownership and equity – a foundation mantra of Harlem Capital. We believe this next decade has the potential to onboard the next 100 million to a billion users into Web3.

Our Web 2 investments were in enterprise software, the future of work, ecommerce technology, fintech, and consumer technology — we plan to invest in similar industry verticals as we dive deeper into Web3. We will also look for the same characteristics during the diligence process in founders and companies as we did in web 2 companies (see our article on What Are VCs Really Looking For in an Investment???). We tend to focus on four key areas when underwriting an investment opportunity: Founder, Market, Business, and Ownership.

We are currently investing out of our $134m Fund II with a target of 45 total deals at the seed stage — check size $1-3MM looking to lead or co-lead. Our team has invested in 12 companies so far and 6 of those companies have a Web3 lens or are native to Web3. Please see our Web3 portfolio below:

Key Areas of Interest for Harlem Capital in Web3:

Contributing to the Web3 Community

At Harlem Capital we have an internal mantra: “You can’t be what you can’t see” — meaning that we all need role models and examples of people in society who look like us to show what is possible. We plan to do what we do best — build community through storytelling and education.

1. We plan to champion our own portfolio and others (founders, operators, and investors) in the Web3 space who are focused on diversity

2. We are currently creating diversity research reports around founders who have raised capital in Web3

3. Lastly, we plan to create purposeful IRL events that are safe spaces for discussion, education, and serendipity. One example is a new series we start called Crypto in Color. It’s a dinner series we plan to host a few times a year to gather founders, operators, and investors who are focused on championing diversity in Web3.

Harlem Capital was built on the foundational belief that equity and ownership were the major keys to diverse communities creating generational wealth for themselves. This belief was in our DNA as we launched our fund to invest in diverse founders in Web2. We’re ready to bring that same strategy to Web3.

We’re excited about this new shift in technology that Web3 ushers in and we would love to connect with founders and investors in this space! 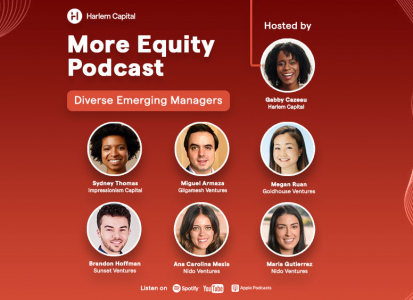 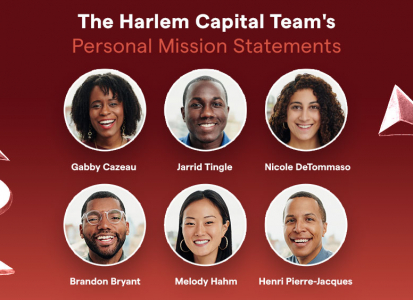 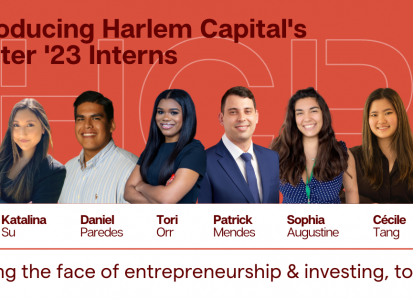